Beat the Twitter Algorithm in 2018 (No One Tells You This)

So, how do you beat the Twitter algorithm in 2018?

It’s not exactly easy unless you know a few tricks of the trade.

At the time of writing, I’ve been on Twitter for around 18 months and, in that time, the Twitter algorithm has changed a dozen times (that I know of) but, I’d still say that as long as you stick to the main fundamentals of a decent Twitter strategy and abide by Twitter’s rules and regulations, you should be able to beat that pesky algorithm. 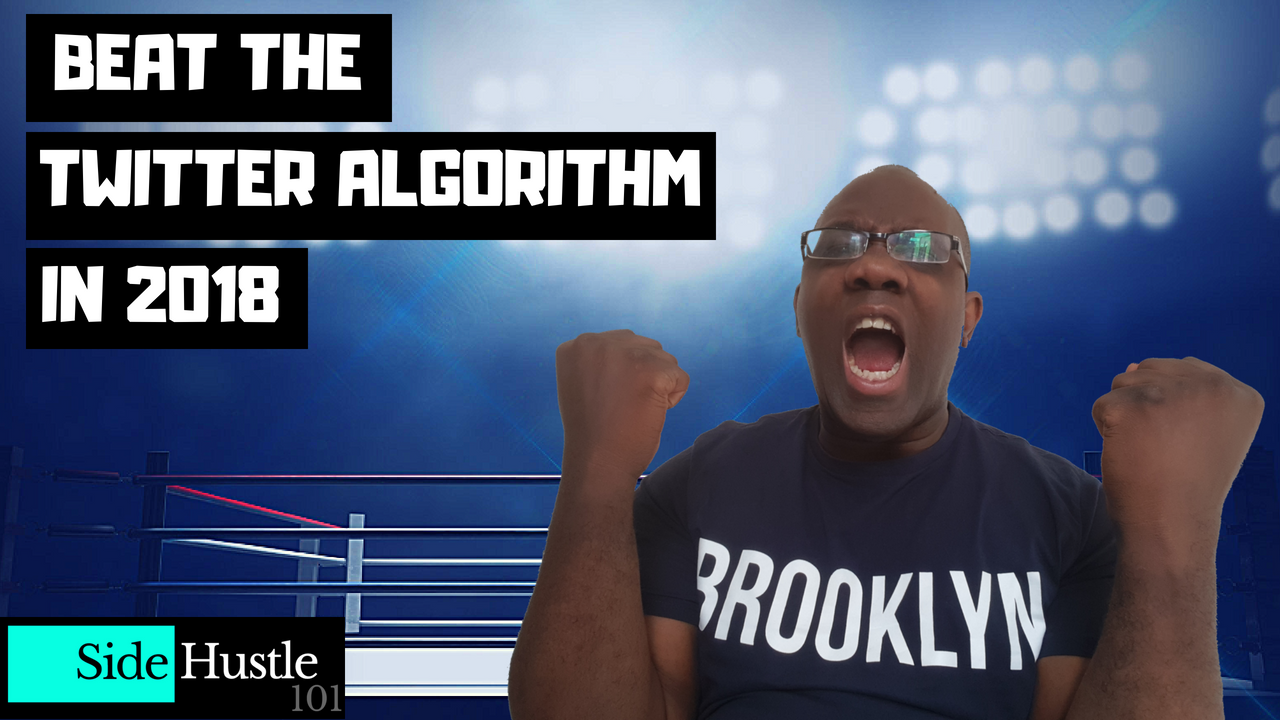 As soon as you post a tweet, Twitter looks at the type of content you’ve just posted. It first looks at the text in the tweet, tries to figure out what sort of image/video you’ve posted. This is all done in a few seconds.

In essence, Twitter needs to know if your tweet breaks any of their rules and regs such as inciting hate, isn’t of a sexual nature, contain swear words, etc.

Once it’s figured that out, it will then decide where to show your tweet in somebody’s feed.

What a lot of people don’t realise is Twitter actually looks at the account of the person who has just tweeted to see if they have a ‘healthy’ account, so you can see it’s not just about the tweet.

So, for example, if what you’ve been doing in the last few months is scheduling posts and not engaging with anybody, Twitter will take that into consideration and will decide how high up to show your tweet in somebody’s feed.

That’s why you always hear me going on about engaging on Twitter and just how important it is.

Twitter makes money by selling advertising and the only way they can do that is by keeping people on their platform for as long as possible.

Keeping people on their platform isn’t easy and that’s why they encourage a lot of engagement.

I recently did a video about this:

It also looks to see if your account has been muted a lot ( anyone can mute either a tweet or a person’s account) so if you’ve tagged quite a lot people on a daily basis and most of those accounts have muted you, this will affect your account – that’s why it’s a good idea to use the tagging function occasionally rather than every day.

If you find yourself having a conversation with one of your Twitter followers on a tweet, always make sure it’s relevant to that tweet because every time somebody comments on that tweet, everyone that engaged will get a notification.

Essentially,  if you’re talking about what you’re up to at the weekend instead of commenting on that particular tweet, you’ll find a lot of people will most likely mute you.

If you need to have this type of conversation, always do it by direct message instead of on that tweet.

With that information, it will show you content based on your previous activity. That’s why it’s a good idea to really engage with people instead of just scheduling tweets.

“In case you missed it”

If you’ve just returned to Twitter after a few hours or days you have most likely seen the “in case you missed it” message from Twitter.

Again, Twitter will try to show you the most relevant tweet for you to engage with on your return and this is most likely from people you have engaged with previously.

It will also show you a particular tweet that has been heavily engaged with by the people you follow.

To be one of these tweets that shows up on this list, I recommend following someone else’s followers (as long as they’re in the same niche) and engage with them. By doing this, you’re building a network of contacts that will, in time, engage with you…I suppose you can call this a nucleus.

By being the nucleus on Twitter, you’ll find that a lot of your tweets will show up in the ‘In case you missed it’ in your followers’ feed. However, if you simply just follow random people and have conversations with random accounts, you probably won’t show up on this list.

The strategy is to be within your own network. Unfortunately, this is gonna take a bit of work, but it will be worth it in the long run.

To find out who your followers engaged with, enter their Twitter account name into the search bar >> click on the latest tab >> this will then show you who they have conversations with. All you then need to do is follow these people and engage with them as much as you can.

In addition to following these people, you want to add them onto a Twitter list. This list will help you identify these people in the future so, when you feel the need to engage, you just go to that list, and start engaging with people on that list.

This isn’t guess-work, I’ve actually tested this out with several accounts and found that it’s actually best to schedule your tweets to go out just before the most active time.

By the way, if you want to find out when your most active time is, you want a piece of software called Followerwonk.

This piece of software will show you when your tweets get the most engagement, and with this knowledge, you should be able to schedule your tweets to go out an hour or two before your most active time. 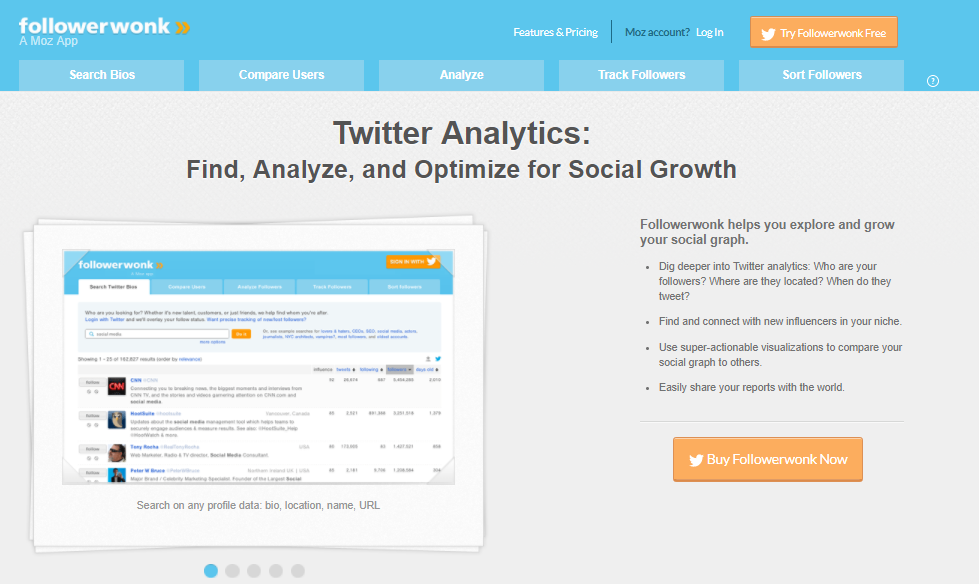 If you do this accompanied by relevant hashtags, you should be able to build up momentum so that when your most active time kicks in, your tweet should show up quite high in people’s feeds.

Twitter is probably one of the best platforms for organic reach (by organic I mean, not paid for). It’s a lot better than Instagram, Facebook, Snapchat and even Linkedin.

The way to increase your organic reach is by being consistent. This means posting every day without fail. I personally post on the hour every hour, but there’s really no need for you to do this.

My recommendation would be, take a look at your competitors to see how frequently they schedule their posts and either do the same or more.

I use a piece of software called Social Jukebox to schedule the vast majority of my tweets.

I recorded a video about this if you’d like to take a look:

Engage More Than You Broadcast

As I mentioned previously, Twitter absolutely loves engagement but it can also tell if you are just scheduling tweets.

So, to beat the algorithm, you need to engage more than you broadcast. Say, for example, you schedule your tweets to go out every 4 hours, I recommend that you engage in conversations two or 3 times for every scheduled tweet.

By doing this, it means you can still schedule your tweets but also show Twitter that you are having several engaged conversations, thus, beating the Twitter algorithm.

It’s really easy to start a conversation – you can either comment on somebody’s tweet or simply ask a question… depending on how big your following is, you may get quite a lot of responses on this tweet.

The reason for suggesting that you do this is that a moving image is much more likely to get somebody’s attention than a static one.

If you imagine somebody scrolling on their screen, this moving image kind of jumps out at them. If you fast forward a year from now, you’re probably going to see quite a lot of videos in your stream – at the moment, there isn’t and that’s why I recommend you do this.

Again, I’ve done a video about this previously if you’d like to take a look:

To get more engagement on your tweets, I suggest you use a selection of emotional trigger words.

Here’s an example of a few:

These are the type of words you should be using in your tweets and you’ll find you get a lot more engagement since they designed to trigger an emotion – these are what the top marketers use.

These are just some of the strategies I recommend my clients use and I really don’t mind sharing them with you.

Most of them are quite basic and not particularly hard to do. However, I used the word consistency earlier and with any social media platform, this is the key.

To beat any algorithm on any social media platform, you need to turn up and be consistent. Have it in mind that they want to sell advertising and so want to keep people on their platform longer.

Try something is out today and let me know how you get on.

Have you been doing some of these already or have you found something else that works?

Let me know in the comments below, I’d love to hear from you.